How We Got 2,000 Users In The First 3 Months and Became #1 in Low Cost Audio Transcriptions 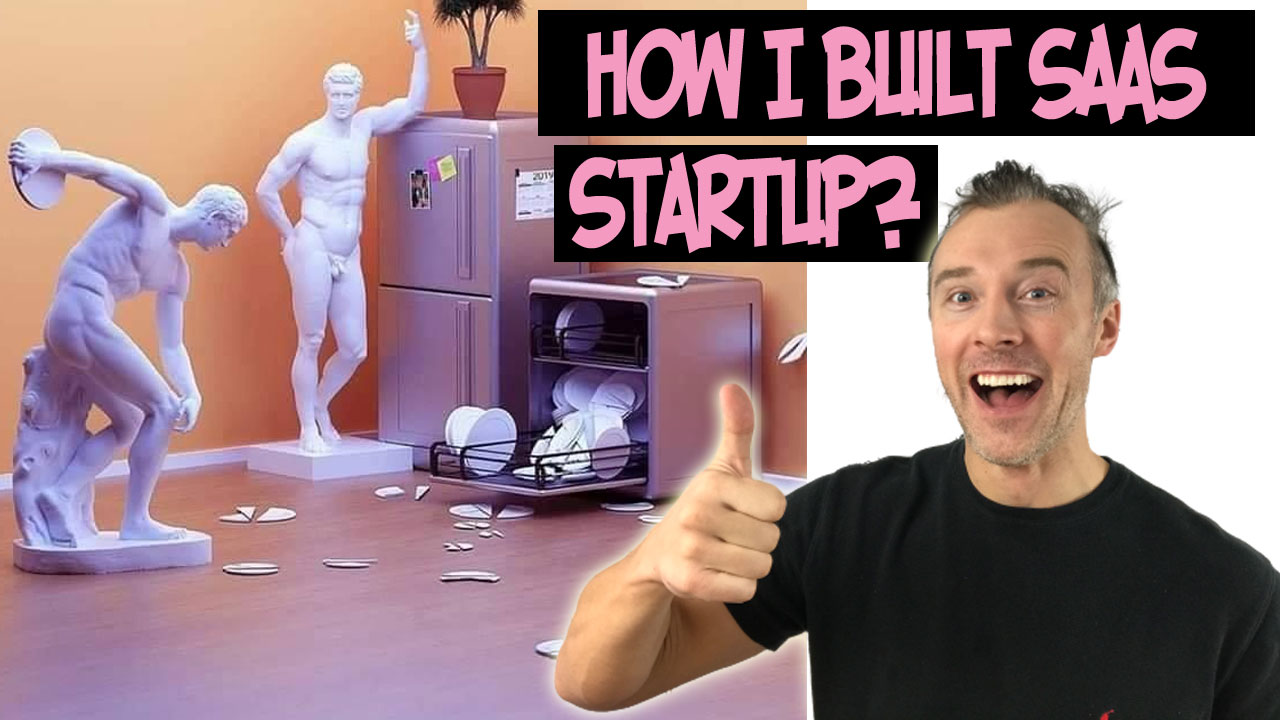 When we launched GGLOT in the middle of the worst pandemic in the past 100 years, aka COVID-19, we thought let’s build it, and hopefully, we will have a user or two in the next couple of weeks. The startup launch is a tedious, laborious job. You build software. Launch a website. Set up online advertising and hope that cost per click would be low enough so you can attract at least one paid user. Especially, when we’ve burned previously trying to launch Ackuna.com – the phone interpreting platform without humans. It didn’t do well and we’ve stopped supporting it.

Same caution has followed us that time around. Bad economic situation. The US on lockdown, vandals are destroying historical landmarks and declaring Seattle Autonomous republics, but we try to remain sane and build something meaningful in the heart of the epidemic – New York City. The target was fairly simple – launch and bring at least one paying customer. That’s it. No major emperor moves. Just one paid customer. Just one to validate the idea. That was the plan.

Long story short. We’ve launched the new startup in a record setting two weeks! I don’t know why it was so fast and simple. Part of the reason was the failed Ackuna, which already had a developed dashboard in it with credit card processing hooks and graphs. All we had to do is to setup a new landing page, fill it with content and slightly customize the dashboard. Essentially, a copy paste process. Felt like cooking another cookie from the same dough. That was fast and simple.

We’ve launched the startup on Friday, March 13, 2020 and I’ve blogged about it here. I drove back from work, recorded that video, talked about the pandemic and felt optimistic that what I’ve built would be useful. Same stuff what every entrepreneur feels, right? However, by the time I’ve returned back to work on Monday, I’ve seen that a couple of new users have registered and one person placed a paid order! It worked! Hooray! I was really ecstatic because a user was able to figure out the sign up process, upload the file for transcription and pay for it. Everything worked! I didn’t even receive a complaint about the bad quality or other threats from him. It was a clean transaction. The user seemed satisfied. So satisfied I was as well !!!

What this experience have taught me?

If you failed once, don’t be afraid to try something else. Especially, when you already have the templates from the previous projects. Just copy and paste the existing layouts, add new content and try to re-market the new product to your new target audience. It may work really well. You won’t know until you try.

Focus on what not to include rather what include. Too useful is not good. Keep it simple. If you want users to figure out how to use your SaaS product, don’t make it complicated. Most SaaS products fail because they require a PhD in product study in order to understand how to use it. Example, SalesForce. Try to learn how to implement CRM for your organization without going crazy!

People like to have options. But when they are not sure which plan is better, they would choose something in the middle. In psychology this phenomena is called the psychology of choice. Too many options lead to fewer decisions. Three choices are optimal and users would fall somewhere in the middle, especially if you mark that option: “Most Popular!”

When people discover you online, they would not likely sign up and pay. Instead, everyone would like to test waters. Check your product free of charge, invest their time and effort in learning it and only then agreeing to pay for it. The free plan eliminates the doubt. The free plan makes it easier to give it a try. They have nothing to lose and you will see an increase in conversion rates.

Tip #4 – Track conversions from day one.

When you launch any form of advertising, you must setup the conversion tracking. I used Google Ads and my conversion tracking technique was user sign ups. I didn’t care whether they pay something or not. I only cared whether they signed up or not. Payment is another story. It’s a story of whether the user trusts your website. The actual sign up is the most important one. It helps to determine which keywords lead the right type of visitors. You would increase bids on the right keywords and reduce bids on the keywords that waste money and bring zero sign ups.

You can’t win a customer with high prices. Sam Walton who launched Walmart knew that and defeated any competitors who tried to challenge him in retail business. Jeff Bezos took it up the notch. His online store took an aggressive lead on pricing when it first unseated Barns and Noble, and then other retailers in the other niches. Price works really well. So, the suggestion is to not charge too much.

But what about the profit margin? How can you compete and stay solvent with raising cost per click? That’s the great question. Re-engineers your business from the low cost perspective. Study low-cost airlines such as Ryan Air and JetBlue. See what makes them so special and effective in their marketing strategy. They save money on things that are not essential. They invest into technology to keep the hurdles automated. Thus, the savings become sizable. Even Walmart itself was a leader investing into technology behind its cashier machines and logistics back in the eighties. Faster than any other competitor they have implemented central servers and communications between the stores to distribute goods proportionately and effectively.

Tip #6 – Use WordPress as your prototype engine.

I’m personally a big fan of WordPress since 2008 when it first appeared on the internet. It’s a blogging platform designed to replace Blogger and competing tools. It had successful won, but eventually, WP transformed into a powerful SaaS tool that speeds up the product launch and allowed for rapid website prototyping. With abundance of themes and plugins to choose from, you can quickly setup a new website, add contact forms, and most importantly, the plugins that extent your website’s speed and multilingual functionality.

Tip #7 – Expand globally from day one.

No need to wait when the time is right. It will never be. With price of paid clicks always raising, and more competitors trying to bid for the same lucrative keywords on Google, you will find yourself in the whirlwind of a blood ocean. The cost of conversion is astronomically high. So, why wait and hope that prices in US would go down?

We used our own SaaS website translation technology ConveyThis to expand GGLOT into ten languages: English, Spanish, French, German, Russian, Dutch, Danish, Korean, Chinese, and Japanese. We downloaded and used our own WordPress translation plugin which expanded the website into new sub-folders: /sp, /de, /fr, /nl and so on. It’s great for SEO and organic traffic. You don’t want to rely on paid Google ads the whole life. You also want to invest into content marketing and attract quality organic search engine traffic. Our technology allows just that. So, the best time to start with it is now. Organic traffic takes long time to build. You may not even survive till the traffic will start pouring to your website. So, do it on day one like Jeff Bezos says.

Hire professional linguists! In our case, the majority of interaction with our product occurs inside the dashboard pages. They are internal and require an accurate translation into foreign languages in order to ensure the users use them and don’t laugh. Machine translations could sound very funny and make your website look unprofessional. The last thing you want to do is to invest all the money into paid ads and in the end of the funnel have users slack off when they encounter badly translated product pages. The conversions would suffer! We solved that problem by sending machine translations for professional proofreading by Spanish, French, German, Dutch, Danish, Japanese, Chinese and Korean translators. It took us a little effort and drained a bit of money, but in the end of the journey, it helped to increase the conversions and make sure that foreign visitors can successfully interact with our website. ConveyThis offers professional proofreading option by the way!

Once you get up and going in the English segment and get a feeling which ads bring the most traffic, try to expand into other languages. In our case, the first country we went to was Germany. We noticed that competition was lower there, but the consumption power of German was as high as Americans! We proofread our Google Ads with Google Translate, converted keywords into German with Google Translate (no one on our staff speaks German). Hint. Check your local German competitors! Chances are they have already came up with great ad narratives. Borrow their ideas and adopt for your own use. You would make better ads that way and would save precious time trying to sound authentic. Then we moved to French and discovered the price per click even lower. The ocean was getting cleaner. Sharks were left in the US. When it came to expanding to Russia, Asia and Spanish speaking countries, it was a completely blue ocean there. The ads cost pennies. That’s right. Pennies. I felt like it is 2002 all over again. Strange, but pleasant feeling. That’s what it takes to go abroad. Invest into language translation and escape the bloody pond your are sparring with.

Thus, three months later, the actual subscriptions didn’t raise significantly. Some users bought our $19/month Business plans, some even $49/month Pro plans. But the majority of them fell into Free accounts as most people do with Freemium offers. It doesn’t bother me much. Users bookmark our service and come back when they need us. It’s a perfect pay-as-you-go model with low customer service interaction. My best joy is the lack of customer support tickets. It shows that we’ve done our job well enough to make a product easier to understand and easier to work with. This eliminates any back and forth questions with product setup, customization and customer service.

GGLOT has signed up over 2,000 users in the first three months. Most of them came from Google Ads and organic SEO thanks to ConveyThis plugin. However, we are flirting with other marketing channels such as Facebook and LinkedIn. Who knows, maybe there will be a blue ocean in these marketing platforms as well? Anyone who’s can give a hint on that? Let’s see and check up again in three months when we will write a new blog article on the new progress in our SaaS journey!

Finding the best website translation services online, How to do it?

Tips to improve your Localization Strategy

In some of the articles we previously posted, we’ve talked about the impact of...