It is time of the year, when I can sit back and reflect on the events that have happened at ConveyThis in 2019. Fresh out of the box, the firm started the new year with a mere $100/month in recurring revenue. We moved to a coworking space in January and dreamt about making it big. But, as the time went on, the road to success wasn’t that straight and wasn’t that rosy… But let’s begin!

Getting the Right Product to Right Users

In the beginning, we didn’t know whom to target. We knew that people search Google for translations, but we didn’t know that intend of these searches is different and is split into two categories:

Apparently, 98% of users who drive up the stats are the users who don’t own websites. They usually looking to translate someone’s else website and look for an online tool to copy paste URLs. These users are extremely belligerent, quick and penniless. They won’t spend any money on your product, they are not interested to bookmark your website and moreover, they will quickly forget about you the second they leave your website.

On the other hand, there is a much smaller pool of web searches from users (2%) who own their websites or work for a company that owns a website. They search for available solutions to translate their pages from one language to another and increase their online influence. They can purchase your product and be in general very appreciative in terms of loyalty and support. Thus, we have decided to focus on the second category of people.

However, if you dig deeper into it, you will also notice that 2% users split into further categories: pennyless amateurs (students, faculty, hobbyists, nonprofits), small budget firms (aka startups and small business companies), mid-level firms and large enterprises. And, man, if you cater to small businesses, expect some serious churn rate! This is the greatest secret no one talks about in SaaS world! Small companies die fast. They can’t sustain month to month subscriptions and the turnover of subscribers in the low entry level segment is painful.

Having understood that, we have decided to start raising prices. Well, we haven’t raised them blatantly by lifting the price tags, we simply eliminated the cheap monthly plans, and replaced them with higher priced plans that offered more perks. Logic was simple. The SMB who doesn’t have money in the first place would not download it and will pass by, the mid level company would take it and would stay longer as a paid subscriber. So that what we did. We have eliminated the $9.99/month Starter plan and added a new $399/month Enterprise plan. The pendulum of price equilibrium had shifted from $19.99/moth Business plan to a $49.99/month Pro Plan. A subtle, but powerful change.

Another thing we noticed, is the customers that subscribe to annual billing plans, are much better than customers subscribing to monthly plans. The underlying logic is simple, if you have trust in the product, you would prepay for a year and would go with your judgement. However, the month to month customers usually those who don’t trust the company or simply don’t have sustainable businesses. They struggle to keep their companies alive and even a low $20 subscription may look for them as a nightmare. The were funny cases when one guy from Macedonia had subscribed to our largest $399/month enterprise plan, but PayPal had rejected this transaction as he didn’t have money on his bank account! What a bummer!

So, dealing with online subscriptions is a new world in itself. It has different logic patterns and looks bizarre at first. In 2019 we started to get a grasp of it and continuously improve our product. The most important take away is don’t lower your prices and don’t be shy to ask for more.

Another interesting part is the professional translation service. We offer it as a supplementary package for all our machine translations. As you know the quality of machine translations may not be the best and would depend largely on the context of the material, it is highly advisable to proofread the machine results with professional human linguists. Thus, we’ve launched this service for a low as $0.10 per word and received a couple of paid orders. To my ultimate surprise, we haven’t gotten a huge influx of customers as I had hoped. Even in the beginning, we were thinking about the idea of eliminating all paid plans and simply offering paid proofreading service. The logic was simple, the machine translation was not accurate, users are not stupid, they will order professional proofreading. Well, can you guess what had happened? Yes, we received no orders and this whole idea of working for peanuts wasn’t exciting!

Why did that happen? Are users that stupid to use only machine translations?

As it turns out, they are. Most users expect everything to be handed to them free of charge and have the best quality ever! Thanks to Google Translate who dumped all the professional translation rates, it is now a reality. Users are spoiled. They are impatient. They are autistic and even worse – pennyless! You will never convert a free user into a paid one if you give away everything for free.

The situation resembles the times when Bill Gates was building Microsoft and lots of software pirates stole his version of BASIC and didn’t pay him for the work.

Anyways, getting rid of cheap plans and focusing on value, is the right strategy to absorb. Surprisingly, customers don’t push back after the prices go up. Monetization is a quicker initiative rather than customer retention or user acquisition.

The new UX is always a bad idea.

Think of it from the existing user perspective. The registered at your website, someone learnt their way through and bam! you changed the design. All elements are shuffled around. It looks smart and beneficial to you, but it is an autistic way of thinking. Users have their own perception of the product and how to deal with it. If you change the layout of elements, no matter now “beneficial” it is, it won’t be greatly accepted by your users. You will get anger tweets and emails instead of words of praise. So, don’t change the UX.

We started sponsoring WordPress’s WordCamp events back in 2018 when our product was really amateurish. We paid for silver and bronze packages in Atlanta, Moscow, New York and Montreal. All in a hope that WP users would notice us, appreciate our efforts and will start signing up in droves. Hahaha! Wishful thinking! All in all, we’ve spent over $15,000 on paid events, and got absolutely nothing in return, maybe +20 plugin downloads the most…

So, the moral of the tale, don’t promote your product on WordCamps too early. It is not worth it. Do it only when you already have a strong stream of user growth and a negative churn rate. And that could happen only at your 3rd year of organic bootstrapping growth.

We’ve been pumped by a referral programs, especially, after reading a tweet from a fellow medium startup Morning Brew. They have bragged about a successful referral program implementation, that would increase their email list subscriber based tenfold.

I felt really optimistic about that. It seems like a really cool idea to ignite the user growth in return for shipping mugs and t-shirts. The users would share the product and we will achieve more prominence.

Most referrals were scam. The users tried to open duplicate accounts and try to fool us into believing that they are bringing their friends. We explicitly prohibited counting referrals if a user didn’t activate a plugin. So, in order to get over this hump, users registered two separate accounts and tried to activate a plugin on both of them. Then they emailed us and asked why they weren’t upgraded. As foolish as it seems, it was obvious to us what they were doing, but we ignored that. We gave them upgrades at least for trying.

This is probably the most well-kept secret of any companies…

Small business have an insanely high churn rate. When you are designing a SaaS product, you need to do the following:

Lots of users think that there are free trials and they can test drive the product to the limits. However, as the translation industry goes, it is not quite the case. We are dependent on paid machine translation APIs and if we are going to start giving away free trials and refunds, we will end up with huge bills to pay and no revenue to come. That’s the secret.

So, to combat the churn, we need to communicate better with our users. We need to better solve their problems and if they don’t need the translation service any more, find out why. The account downsizing and deletion is a great opportunity to speak with users and ask for their feedback. Otherwise, if they leave and don’t say anything, you will never learn how to improve your product and will end up doing the same error over and over.

The key is to make our Net MRR churn evolve from 10% to -2%. A negative net MRR churn rate means that the revenue generated by people upgrading (adding more seats or changing plan in our case) is higher than the revenue lost by actual customer churning.

The cost of acquiring a new customer is astronomically high in 2019. Large folks are fighting in Google AdWords and organic search to get the most eyeballs and clicks. The logic is simple. When a user has a problem, he/she starts googling it. If your product is on top of the search, you get the most downloads and installs.

The marketing channels that work are:

Each of these channels represents a huge investment and time constraints. With a limited budget, we are mostly focusing on Organic Google Search for now. And yes, it is very saturated with stronger competitors in 2019. So, in order to avoid them, we are mostly looking to gain some prominence for keywords that don’t bring much sales such as “free translator” or “free translation plugin”

Love you all guys ❤️ 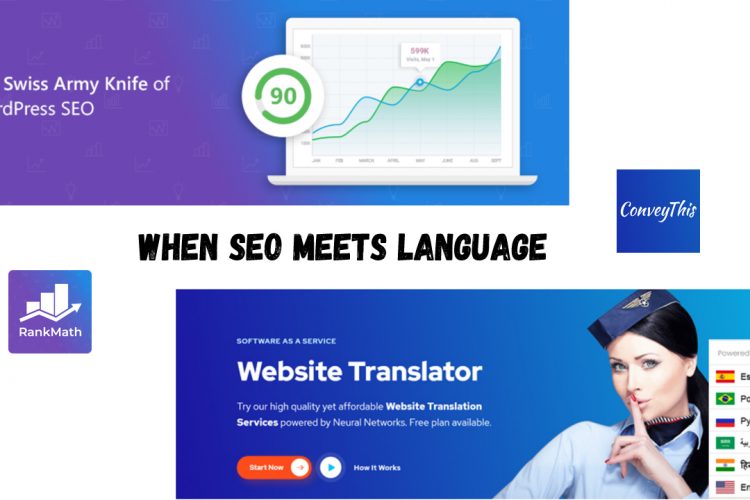 It’s been almost a year when we launched our WordPress based website GGLOT.com Initially,...
Our Journey 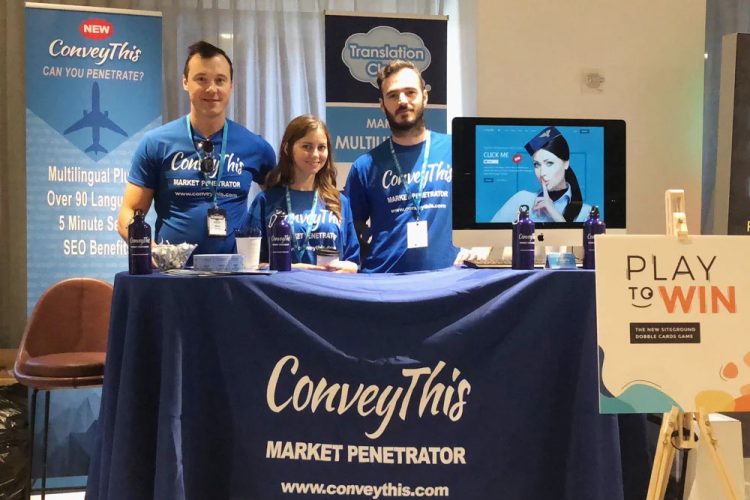